My Revelatory Dream of a Glorious Eschatology

My Revelatory Dream of a Glorious Eschatology

I received a vivid dream in which a roundtable of key national and international leaders in the body of Christ were discussing the end times or eschatology (the Biblical study of the final destiny of the soul of mankind and the order of last days events).

These various leaders represented diverse views on these subjects. 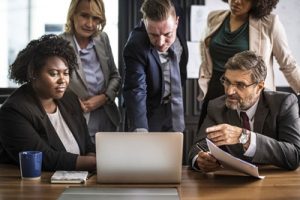 The atmosphere in the dream was thick with tension as the leaders convened together. But as discussion unfolded, an agreement was reached to seek the Lord together for the essential main points that the various theological camps actually held in common.

In this strategic dream, I acted as a moderator and convener to bring the leadership together. A spirit of camaraderie and cooperation resulted as clarity came forth when the leaders each offered up their “doctrines and personal views” to the Lord and everyone worshipped the Lord together.

It seemed to be another divine Acts 13:1-3 moment, where unity in diversity was celebrated and conformity and the prideful control spirit were set aside. “Now there were at Antioch, in the church that was there, prophets and teachers: Barnabas, and Simeon who was called Niger, and Lucius of Cyrene, and Manaen who had been brought up with Herod the tetrarch, and Saul. While they were ministering to the Lord and fasting, the Holy Spirit said, ‘Set apart for Me Barnabas and Saul for the work to which I have called them.’ Then, when they had fasted and prayed and laid their hands on them, they sent them away.”

Prayer with worship was the key in creating an atmosphere where hearing the voice of the Lord was predominant.

The dream culminated with the presence of peace and joyful faith as I read a 5-point agreement that each leader had signed. The document was titled: “A Glorious Eschatology”.

The following were the 5 clear points presented in this revelatory and instructional dream. 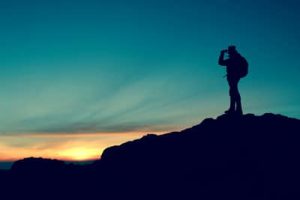 As I woke up from the dream, the phrase “Moving towards a Glorious Eschatology” stayed with me.

Isaiah 60:1-3 was illuminated to me as key biblical text for the days to come. “Arise, shine; for your light has come, and the glory of the LORD has risen upon you. For behold, darkness will cover the earth and deep darkness the peoples; But the LORD will rise upon you and His glory will appear upon you. Nations will come to your light, and kings to the brightness of your rising.”

Before feeling a release to begin publicly describing what I experienced, I have prayed into this dream a great deal.

My intention in this article is simply to act as a reporter of the dream, not to attempt to solve all the complex theological issues on the end times (eschatology), or to give a final word on the subject.

This dream gives hopeful insight that we will come together in the coming days to earnestly seek the Lord. God will hear our prayers!

And yes, God has the final word. His truth will prevail.

God has a great plan and the Lord of Heaven and earth has a dream in His heart of a “Glorious Eschatology.” Amen and Amen!

Let His Glory Fill the Earth! 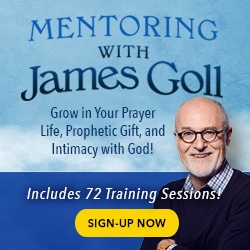 If you want to find yourself growing leaps and bounds in your walk with God, receiving more revelation, and applying the principles in every area of life, I encourage you to join Mentoring with James Goll.

For a limited time when you sign up for Mentoring with James Goll, you’ll receive a FREE Bonus Class: The Discerner. This 12-lesson class has been my best selling class since it came out in the Fall of 2016!