In Honor of Elizabeth Alves

In Honor of Elizabeth Alves

With 82 years of fruitful life, Dr. Mary Elizabeth (Beth) Alves graduated into the arms of Jesus on the morning of July 23rd at her home in Bulverde, Texas. That morning I received a personal phone call telling me the bitter-sweet news.  Beth is fondly known within the God Encounters Ministries sphere as “Grandma of the Prayer Shield.” Over the many years I have known her, Beth served in various capacities in our ministry, both as a Director on the Board and later as an Advisor to the ministry. Her involvement personally touched the lives of every Goll family member. She was entrusted as one of the speakers at Michal Ann’s Memorial service in Nashville, TN almost 13 years ago.

Elizabeth began in earnest with a simple prayer: “Lord, teach me to pray.” The result became Increase International, formerly Intercessors International, a prayer, teaching, and prophetic ministry that transformed the lives of individuals and leaders worldwide. Motivated by an unquenchable passion for God, she invested her life in teaching believers how to hear God’s voice and prophesy in His name. Using humor and simplicity, Elizabeth ministered globally, speaking the word of the Lord to governments and businesses, and she taught at various schools, seminaries, conferences and churches in 49 nations.

Elizabeth’s proficiency and accuracy in the prophetic granted her credibility among world leaders and high-ranking officials. Since 1986, her prophetic and entrepreneurial anointing resulted in quiet acclaim as a much sought-after consultant in the business community. As a multi-tasking dynamo, she served on the board of directors for three international companies and offered prayer and counsel to many others. 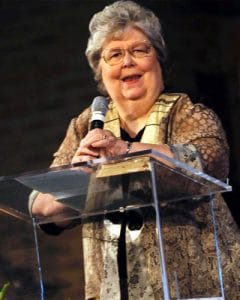 Beth composed strategic books including: Becoming a Prayer Warrior, Daily Prayers, Intercessors: Discover your Prayer Power, and others. She was a founding member of the Apostolic Council of Prophetic Elders (ACPE), served on the Board of Aglow International for over fourteen years, participated in the roundtables of MorningStar Ministries, and served as both an Instructor and Advisor to Christ for the Nations Institute. Elizabeth and her late husband, Floyd, were married for over fifty years and are survived by four daughters, seventeen grandchildren, and an ever-increasing number of great-grandchildren.

There are many great quotes from Beth’s writings. Let me share a few favorites: “Effective prayer begins with recognizing that you are entering into the very presence of God for the purpose of building relationship with Him.” Another filled with wisdom from the trenches: “Every area of your life is subject to enemy attack, so you must fight on your knees before you can stand on your mission field.” But here’s the quote I love the most, which exemplifies both truth and wit: “When you do your part in intercession, you must trust God’s timing. He is never late—though it seems to His children that He passes up many opportunities to be early!” Beth… only Beth Alves! 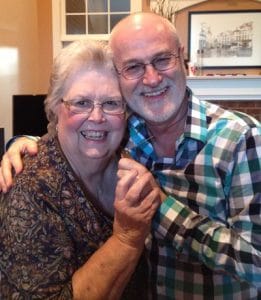 Our relationship was unique and over time we became coaches and cheerleaders for one another. Up until the very end, Beth was a committed prayer warrior among our Intercessors for GEM.  I always perked up when I heard her sassy voice on one of our Prayer Shield phone calls. Recently, with deep trust and pride, Beth shared with me that I was her number one prayer assignment! Mercy!

In hindsight, I realize that this endearing lady was the closet person I ever had as a spiritual mom in my Christian life. We were trusted friends, prayer warriors and mutually shared life’s up and downs with one another. She understood my rather extra sensitive nature as a leader, husband and father. I always felt safe with Beth and never felt judged. That was a rare gift and one that will be deeply missed.

I am so grateful for the personal honor of knowing and walking along side Mary Elizabeth Alves.  I bless her amazing daughters, her entire family, and the wonderful lineage and legacy she leaves behind. Indeed, Beth walked with God.