God Is Speaking in Your Dreams—Do You Understand What He’s Saying?

God Is Speaking in Your Dreams—Do You Understand What He’s Saying?

Did you know that God uses a language that is tailor made to speak directly to you? After all, He created you, so that shouldn’t come as too big a surprise. The inventor of language is a master communicator. Not only does He reveal Himself plainly to all of mankind in scripture, He also speaks to us personally in dreams and visions. Do you understand what He is saying?

Dreams and visions are often the language full of emotions and therefore contain much symbolism. We must learn to take our interpretations first from Scripture and then from our own lives. Throughout Scripture God is consistent with His symbolic language. The symbolism He uses in Genesis will be similar to that found in Revelation. In fact, one of the fundamental principles of biblical interpretation is the “law of first use.” This simply means that how a word or image or symbol is used in its first appearance in Scripture is a key to how it should be interpreted throughout the Bible. This consistency in symbolic language runs true in our own lives as well.

The Language of Symbols

Let me explain a little further. In the Bible, the number six often is used as a symbol for mankind. How do we know this? Refer back to the first chapter of Genesis. What happened on the sixth day of creation? Man was created. Day six is the day of man. Now let’s go to the other end of the Bible, to the Book of Revelation. There we find the reference to the number 666, which is plainly identified as “the number of a man” (Rev. 13:18 NKJV). In the Greek there is no definite article preceding the word for “man” in this verse, so it could also be translated simply as “the number of man.” The number 666 represents a false trinity, the exaltation of man—humanism being worshiped as a god. In both Genesis and Revelation, therefore, the number six is associated with mankind. 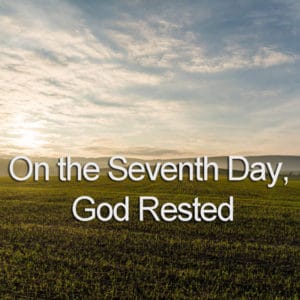 Here is another similar example. What happened on the seventh day of creation? God rested because He had finished His creative work. Therefore, the number seven is the number of rest or completion. According to the four Gospels combined, how many statements did Jesus make from the cross? Seven. The last of these was, “It is finished!” (see John 19:30). Jesus had finished His work; He had completed His mission. Now He could rest. Throughout the Bible the number seven is symbolically associated with rest and completion.

A similar principle applies when God speaks revelation to you. When He first introduces a word or a symbol or an image to you in a dream, you may not understand it in the beginning. But you will get it eventually, and that word, symbol, or image will become part of a pattern. Once it is introduced into your spiritual alphabet, it will become consistent in it’s meaning for you.

For example, let’s say that you have a dream in which an apple appears and you discern through the Holy Spirit that it symbolizes Israel because Zechariah 2:8 refers to Israel as the “apple” of God’s eye. Once the image of the apple has entered your spiritual alphabet as a symbol for Israel, you can be confident that whenever that image appears in a future dream, the dream has something to do with the nation of Israel. God is consistent with His revelatory symbolism.

Three Realms for Interpretation of Symbols

When seeking interpretation of symbolic dream and vision language, the first place you should look always is in Scripture. The Bible is full of parables and allegories from which to draw types, shadows, and symbols. Here are some examples: the mustard seed as a metaphor for faith (see Matt. 13:31-32); incense representing the prayers of the saints (see Rev. 5:8; 8:3-4); seed as a symbol for the Word of God (see Luke 8:11); and candlesticks symbolizing the church (see Rev. 1:20). If your dream has the same symbolic image as one found in the Bible, chances are it has the same meaning.

After Scripture, a second place to look for interpretation of your revelatory symbols is in colloquial expressions that fill our memory bank. The Holy Spirit turns these into pictorial language. God takes these “sayings” and idioms and uses them to speak spiritual truth. One example of this is found in Judges 7:9-15 where a barley cake appears to Gideon in a dream. Since Gideon had spent much of his life as a thresher of wheat and barley, the barley cake was a symbol from his colloquial spiritual alphabet and had distinct meaning to him.

The third realm for interpreting these prophetic symbols comes from our own personal revelatory alphabet. This is similar to the second realm in that the objects or symbols do not mean the same thing to you as they would to someone else. Even in the Bible the same symbol or image sometimes means something different depending on how it is used or who receives it. These exceptions, however, do not violate the law of first use.

God often works more than one way at a time. And sometimes the symbol or image involved has more than one facet or aspect, which allows for some variations in meaning. Context determines interpretation.

The Bible uses the image of a lamb in several different ways. In Isaiah, the Messiah is presented as a Lamb led to the slaughter. John’s Gospel presents Jesus as the Good Shepherd and His disciples as little lambs. The Book of Revelation reveals Jesus Christ the Lamb as a Conqueror. Spiritually speaking, all three of these images are true to a lamb’s nature: it is led to the slaughter, it follows its shepherd, and it conquers in the end by walking in humility because the meek will inherit the earth.

Insights, revelations, warnings, and prophecies from the Lord may come in supernatural visual dreams or in actual dreams. Visual symbolic dreams are visual revelations that do not involve as much active participation on the part of the dreamer as with an actual visitation from the Lord. The dreamer simply observes and receives the message. These visual dreams may contain more symbols, mysteries, and obscurities than do other types of revelation.

Actual dreams are those in which God’s tangible presence is evident in some way. To see the Lord in a dream is visual, but for the Lord to manifest Himself to you in a dream is actual. If you dream something angelic and sense that same presence when you wake up, it was more than just a visual symbolic dream. The angels were probably actually present. Quite often this will reveal itself in the form of a riveting awareness all over your body of a divine presence in the room. But if there was no such manifested presence when you awakened, then the dream was simply visual, although it may still contain a wonderful message from God.

A manifestation of blessing, healing, deliverance, or endowment of power requires an actual visitation from the Lord in some form. Such manifestations involve an impartation of God’s anointing, which will manifest in the natural realm. Therefore, an actual impartation occurs and the person actively participates although his or her body is asleep. 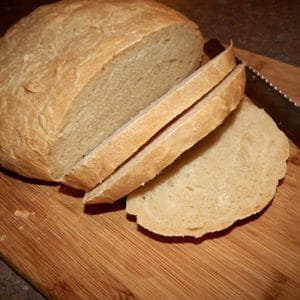 I have vivid memories of a very special dream encounter that I refer to as “the Bread of His Presence” dream. In one of them I was carrying loaves of bread and was searching for the little mint-green blanket that belonged to our daughter Rachel. Rachel loved that blanket and for quite a few years carried it with her just about everywhere she went. In my dream, I found Rachel’s blanket and wrapped the loaves of bread in it. I held them closely to my chest and noticed that the bottom of each loaf was a little satin napkin that looked like a diaper.

This was more than a symbolic dream only because there was an actual presence in the room. I was asleep, but the Holy Spirit was very active. Even asleep I was talking out loud and prophesying. This was more than just a message I passively received. I declared, “Just as we parents learn to love, nurture, care for, and cherish our newborn child, so should we as believers care for, love, and cherish the bread of God’s presence; then revival will come.”

When I woke up, my arms were outstretched over my chest as though I was clutching those loaves of bread tightly to my chest as if they were my very own babies, wrapped in my daughter’s blanket. Even as I woke I heard myself prophesying, “When we as parents will care for, love, and nourish the bread of His presence, like a parent does his newborn child, then we will have revival.” In fact, I was the one who was being revived. I loved God’s presence just as I had our newborn child. Though I did not see any angels in the room upon waking, the manifested presence of God was so strong you could almost cut it with a knife! Yes, let’s love the bread of His presence!

Some of our experiences are full of symbolism and others…well, they are just flat out another dimension. God shows up and shows off. When that happens, how do you write that down? With as much emotive passion as possible! Yes, God Himself still comes to visit His kids! So open up your heart and receive from the God who loves to encounter you in your dreams—He is speaking your language! 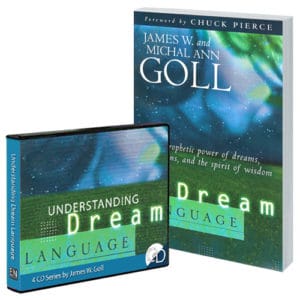 If you liked this article, then you will love the Dream Language Bundle! Based on extensive biblical study and years of personal insights, James and Michal Ann Goll teach you to understand the language of dreams. You will learn to: receive and understand your dreams, interpret and apply your dream revelations, recognize the difference between the Holy Spirit, natural, and demonic dreams and much more. This discounted Dream Language Bundle includes the: Dream Language book & the Understanding Dream Language 4 Message Set.