Recently I received a dream in which a large warrior angel appeared to me in the full armor of God. This was followed by a powerful encounter in which I was instructed to call forth guardian warrior angels and the shields of the Lord to guard the borders of the United States in this hour.

It was a normal Monday night and I was at my home alone in Franklin, TN. The next day in the United States was a pivotal midterm election day on November 6th.  As I prepared for bed, I prayed for the elections the next day and found my heart and mind turned towards the caravan of migrant people approaching the U.S. southern border. I was carrying the burden of the Lord for the people’s safety and well-being on both sides of the debate and the dilemma.

As I fell asleep, the legitimate enormity of the problem rested upon me. So I responded by lifting a cry to the only One who has a solution for all of our needs. My prayer was simple, yet heart felt. “Help, Lord! Send help! Send Your helpers!”  I wondered why I prayed what I did, but I knew better than to question my phraseology at this point and time. Somehow I knew I was aligning with God’s heart and was tapping into His answer by asking for “His helpers” to be released. Eventually I drifted off to sleep.

Then I Had a “Suddenly”

I was given a dream where a large warrior angel came to visit me dressed in the full armor of God. It’s shield seemed to glisten and yet had smoke rolling off of it as though it has just been used in a battle to extinguish fiery arrows of the powers of darkness. Though I was still asleep, I knew I had met this protector angel once before. 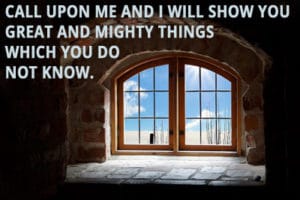 My “knower” knew this was the same angel that had visited me right after the infamous 9/11 attacks on New York City and Washington D.C. At that time, I was told to call forth the “Homeland Security Border Patrol Guard” and to pray Psalm 91 for 40 days around every port city and place of entrance to the United States of America. I had responded with a Cry for Prayer in that season as thousands of believers joined with me in crisis intervention through intercession.

Suddenly I was awakened out of this vivid warfare dream at 3:33 AM. Jeremiah 33:3 was illuminated within me where it states, “Call upon Me and I will show you great and mighty things which you do not know.” My bedroom was filled with the tangible presence of the “fear of the Lord” as instructions were given to me.

The Shields of the Earth

As the manifested presence of the Lord increased, then I was told, “Guardian warrior angels must be released to protect both the southern and the northern borders of the United States of America from enemy infiltration. You must call forth the Shields of the Earth that belong to the Lord in this hour.” Psalm 47:9 came to me, “The princes of the people are gathered together, even the people of the God of Abraham: for the shields of the earth belong unto God: He is greatly exalted.”

Understanding continued in this warning visitation, “My shields of protection are greater than any Iron Dome or the greatest military weapons of mankind, but my people must call this forth Angelic Border Patrol.”

I knew that we needed to pray Psalm 91 over our southern and northern borders. Unlike the commission in 2001, I was not given detailed direction to call forth a prayer strategy for a certain period of time. It seemed to me that my job in this situation was to receive and to declare, and then it was the people’s job to discern and bring appropriate application.

I was also made aware that this same prayer principle needed to be initiated for the lands of Israel, Turkey, Egypt, Mexico and Canada, the United Kingdom and other nations of the world. God will do His part when we do our part.

The Secret Place of the Most High

Let me close out by reciting portions of Psalm 91 for you. “He who dwells in the shelter of the Most High will abide in the shadow of the Almighty. I will say to the Lord, ‘My refuge and my fortress, My God in whom I trust!’ For it is He who delivers you from the snare of the trapper and from the deadly pestilence. He will cover you with His pinions, and under His wings you may seek refuge; His faithfulness is a shield and bulwark.” Psalm 91:1-4

“For He will give His angels charge concerning you, to guard you in all your ways.” Psalm 91:11

Remember, my job this time is to receive and declare, but your job is to discern and bring appropriate action. 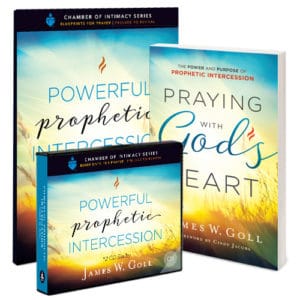 If you want to learn more about prophetic intercession and how to pray with God’s heart, then you will love James Goll’s new curriculum! For a limited time, you can purchase the Powerful Prophetic Intercession Curriculum Kit for 77% Off! This bundle includes the Praying with God’s Heart book along with the Powerful Prophetic Intercession Study Guide and 12-Lesson Class in your choice of format. Order your curriculum kit today and become a history maker in prayer for such a time as this!