Warning! Three Monsters on the Loose (And Three Solutions for Breakthrough)!

Home>Recent Articles>Warning! Three Monsters on the Loose (And Three Solutions for Breakthrough)!
Previous Next

Warning! Three Monsters on the Loose (And Three Solutions for Breakthrough)!

Warning! Today I want to expose three monsters that are at work in our society, particularly attacking the younger generation—and propose three corresponding solutions.

As I have prayed about these demonic gateways, the Holy Spirit has highlighted the phrase “three specific monsters on the loose” in my heart and in my mind. My words are specifically targeted to the United States, but the influence of these spirits is being seen around the world.

It would also be correct to refer to these three monsters as ancient malevolent spirits. These demonic forces were active in years past but have seemingly gone dormant, only to be reawakened or reactivated, raising their heads as they have come back into full blown activity.

My theme verse comes from Psalm 106: 36-37 NKJ, where it reads, “They served their idols, which became a snare to them. They even sacrificed their sons and their daughters to demons.” And then this goes on into a whole scenario of the consequences that follow.

These themes are addressed in my new book, Revival Breakthrough: Preparing Seasons of Glory, Awakening, and the Great Harvest and in my book, Strike the Mark: Powerfully Targeted Prayers for Victory and Breakthrough. So, the ultimate purpose for highlighting this darkness is breakthrough!

Let’s pray together. “Father, I’m asking for the spirit of revelation to rest upon Your Word and upon the ponderings of my heart. May Your grace be upon the dreams You have given me which have guided and directed this article. Thank you in Jesus’ name. Amen and amen!”

Warning! Alert! Three Monsters Are on the Loose!

What I am going to share is common knowledge us all. But I am compelled to issue a warning—this is an alert!

As a watchman, I have been alerted about these spiritual gateways that have been opened.

A demonic gateway has been opened upon an entire generation of children, and it is not subliminal.

An outright monster is being released, exposing children as though this activity is to be accepted as normal.

Transgenderism is not normal. It is abnormal, it is demonic, and it is being put right in the faces of our children to accept and receive.

It is vital for people to arise, go to their school boards, talk to their teachers, and get this out of our schools. A demonic gateway blatant has been open.

I feel compelled to give a warning about this. Here is an excerpt from my Strike the Mark book from the section on adultery, sodomy, perversion, and all other sexual sins. 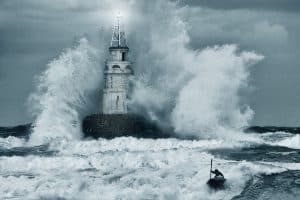 “The only way to escape the punishment decreed by God is to repent. Confession and repentance (for one’s own sin or as an intercessory act of identification on behalf of another) remove the legal right of the enemy to oppress and enslave the one who sins. We must live in the truth.”

What I am saying is that the Bible is very clear about such things, and we need to be very clear.

There is a monster that is blatant. This is not new. These things are old, but it is not subliminal anymore.

And a demonic gateway has been opened. This monster has been released through transgender exploits in public schools.

Fentanyl is a major killer in our society.

Can you believe these drugs are being pushed across our borders, and now offered, not just on the streets, but in schoolyards?

This demonic gateway must be exposed. It is a monster on the loose again.

Unlike in the past, where drugs were simply on the streets, fentanyl and different drugs are now being colorful passed out like candy for children.

This is a different level. This is about capturing an entire young generation.

It is sad. It is wrong. We must stand firm in the place of intercession to protect those who are being influenced by this influx of drugs through our open borders.

I am grateful for the Supreme Court ruling on the shifting of Roe versus Wade.

I have known that when this happened, a war between the states would begin. That’s where we are right now.

And people were taken by surprise when what we thought was a conservative state, for example, the state of Kansas, voted to allow abortion instead of voting in a conservative manner.

So again, this deals with what? Children. We have three monsters that are on the loose to snuff out a generation.

Why? When a generation is meant for greatness, there becomes an outright attack to kill them.

Here are some scriptural examples:

Whenever there is a major destiny, prophetic call on a generation, there is an outright assault against that generation. 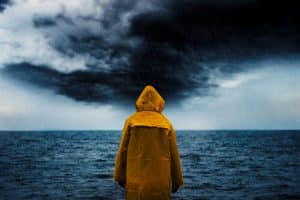 There is an amazing call on this next generation to receive and fulfill the prophetic promises of the past generation.

The prophetic promises of the great harvest aren’t just for my generation, they are for three generations in a generation (see my book, Revival Breakthrough).

And the enemy through these three monsters is trying to take out a generation so that this great harvest won’t happen.

Let’s not let this happen on our watch. Let’s rise up and close these three doors in Jesus’ mighty name to protect this next generation!

Now let’s close this out with some Hope Solutions. What are the three solutions?

Number One: The Great Communion Revival

I applaud the efforts of my friend of years, Lou Engle, who is leading the way in this. I participate, and I want to encourage you too as well.

This centers on the receiving the Lord’s Supper.

Years ago, the Holy Spirit spoke to me that one the most overlooked and powerful weapons of spiritual warfare is taking communion, the Lord’s Supper.

What can wash away our Sins? Nothing but the blood of Jesus!

Number Two: Walking in the Sermon on the Mountain

The Lord gave me a powerful dream that we are never too old to walk in the Sermon on the Mount. There is something amazing that happens when we walk in the opposite spirit and forgive daily.

Number Three: Praying in the Power of the Holy Spirit

I had a powerful dream this week. In it, I saw old friends coming together, praying in the power of the Holy Spirit. We were in a public setting in a glass room where people could see us.

I was shocked by who was there.

Friends are going to come together, become united, and shut these demonic doors. We will come against these three monsters by being cleansed ourselves. There will be a Psalm 24 Revival.

We will stand together for the cleansing of three generations. These demonic gateways will be shut, and these three monsters will be caught.

Jesus, unite your bride and let Your kingdom come on earth as it is in heaven. Amen and amen. 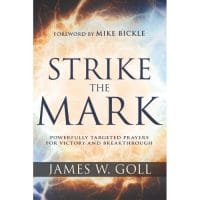 Powerfully target your prayers for victory and breakthrough! Prayers that strike the mark are specific prayers authorized by the Holy Spirit and endowed with divine power to accomplish the will of God in your life and for the needs of the world. Empowered by God, you have the authority to cut down enemy forces and pick out “targets” for God’s lightning bolts of glory, bringing victory and breakthrough. When you order your Strike the Mark book from God Encounters Ministries, you will also be emailed 12 bonus video devotionals by James W. Goll, one to go along with each chapter of the book! Order your copy today!
Buy Now
By James Goll|2022-12-15T16:50:52-06:00December 15th, 2022|Recent Articles|0 Comments 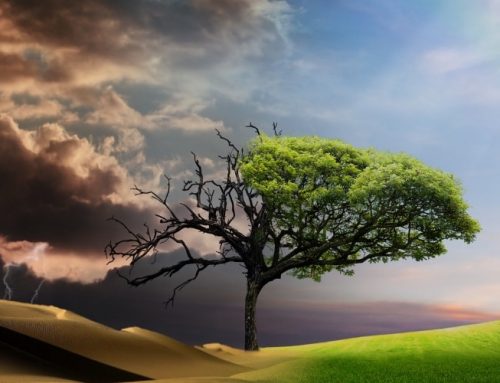 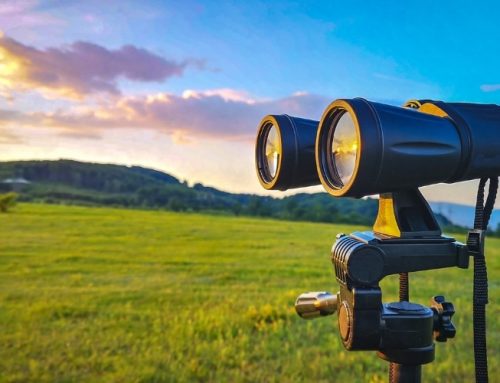