It’s Time to Arise and Shine!

It’s Time to Arise and Shine!

Throughout centuries of the Church, people in each generation have looked for signs that theirs would be the one in which Christ would return. Some have taken to the prayer room, crying out with passion for revival and the fire of God to fall upon their neighborhoods, cities and nations. Others have used this belief to fuel missions movements and global evangelism, determined to win every soul possible prior to Christ’s return. 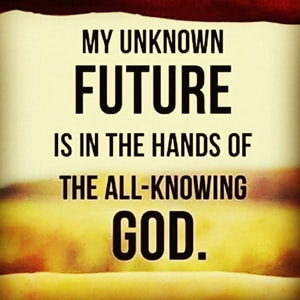 Toward whichever of these you are more naturally inclined, every Bible-believing Christian can agree that Jesus is coming AND that both prayer and global evangelism are essential pre-requisites to His return. Today I want to add fuel to the fire of your heart so that you are a living example of what is described in Isaiah 60, “Arise, shine, for your light has come, and the glory of the Lord rises upon you. See, darkness covers the earth and thick darkness is over the peoples, but the Lord rises upon you and his glory appears over you. Nations will come to your light, and Kings to the brightness of your dawn.”

The Bible is filled with prophetic references to the coming of Christ. Prophecies of Christ’s coming are not confined only to the books of prophecy; a surprising number are found in the Psalms. As with prophetic references found elsewhere, messianic prophecies in the Psalms fall generally into two categories: those that relate primarily to Christ’s first coming, and those that refer mainly to His second coming.

Looking through the lens of history and divine revelation it is possible to see in these Psalms clear parallels to the life of Jesus.

Stretching Forth His Strong Scepter

Psalm 110 is a messianic psalm that relates to the second coming of Christ. This is clear in both the wording and the circumstances described: 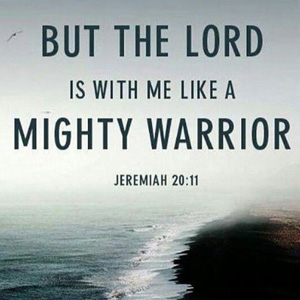 “The LORD says to my Lord: ‘Sit at My right hand Until I make Your enemies a footstool for Your feet.’ The LORD will stretch forth Your strong scepter from Zion, saying, ‘Rule in the midst of Your enemies.’ Your people will volunteer freely in the day of Your power; In holy array, from the womb of the dawn, Your youth are to You as the dew. The LORD has sworn and will not change His mind, ‘You are a priest forever according to the order of Melchizedek.’ The Lord is at Your right hand; He will shatter kings in the day of His wrath. He will judge among the nations, He will fill them with corpses, He will shatter the chief men over a broad country. He will drink from the brook by the wayside; Therefore He will lift up His head.”

This psalm is structured as if God the Father is speaking to His Son while David, the psalmist, observes and narrates. Verse 2 says that the Messiah’s “strong scepter” will “stretch forth” from “Zion.” In the Scriptures, the word Zion is used in several different ways. One of its most common meanings is in reference to the city of God in the messianic age. It is the heavenly Jerusalem where the Messiah will appear at the end of time and where His people will be glorified. Zion also can refer to the whole assembly of God’s people—the believing Jews of the old covenant as well as the Body of Christ of the new covenant, among whom He lives and works—as well as additional understandings.

From this perspective, this psalm pictures a coming day when a transference of authority will be given by God to Zion—His covenant people—through Yeshua (Jesus) the Messiah, and they will rule with Him even in the midst of enemies. In that future “day of [the Messiah’s] power” His people will “volunteer freely…in holy array.” A great host of believers will willingly abandon themselves to their Lord and walk in holiness and consecration to carry out His will and accomplish His purpose.

Things are going to get worse, but they also will get better. Those who have their faith fixed on the Lord shall be changed from glory to glory. They will be bright and shining lights in the midst of the darkness, and many will be drawn to their brightness.

These believers will not let the temporary present darkness define who they are or their future. They rather keep declaring that the promise is greater than the peril. They see the rainbow at the end of the storm. These are those who are contending for Glorious Eschatology according to Isaiah 60.  That is what I believe, and what the Holy Spirit has revealed to me at this point in my life and prophetic ministry. I contend for the full restoration of radical Christianity to be the norm. Passive, pale anemic churchianty will fade away. Yes, a new day is dawning!

Let’s add a peak into another messianic Psalm that grants us additional revelation concerning the return of Christ. Consider these verses from Psalm 102:12-18.

“But You, O LORD, abide forever, And Your name to all generations. You will arise and have compassion on Zion; For it is time to be gracious to her, For the appointed time has come. Surely Your servants find pleasure in her stone and feel pity for her dust. So the nations will fear the name of the LORD and all the kings of the earth Your glory. For the LORD has built up Zion; He has appeared in His glory. He has regarded the prayer of the destitute and has not despised their prayer. This will be written for the generation to come, That a people yet to be created may praise the LORD.”

This passage speaks of an “appointed time” when “the nations will fear the name of the Lord, and all the kings of the earth Thy glory.” Although such a day has not yet arrived, there are many signs that suggest it may be near. The gospel of Jesus Christ has begun to spread into many nations and regions of the world formerly closed to it. Response to the gospel, particularly in non-Western parts of the world, is growing at a rate unprecedented in history since the first century.

Another indicator that a new chosen prophetic generation may be at hand is that the greatest global prayer movement in the history of the Church is currently underway. Surveys indicate that as many as 170 million believers worldwide pray daily for spiritual awakening and for the revival of the Church. There are 10 million prayer groups around the world that pray for revival every week.

Coupled with this call to sacrificial prayer and intercession is a call to fasting that is more widespread than ever before in the Body of Christ. After generations of neglect, fasting as a powerful spiritual discipline is being rediscovered across a broad spectrum of the Church. In this current chosen prophetic generation, fasting will no longer be thought of as a sign of extreme or “abnormal” Christianity, but as an integral part of life in the Spirit.

“Normal” Christianity has always been “extreme”: extreme devotion to the person of Jesus Christ; extreme abandonment of self-will and absolute surrender to the will and purposes of God; extreme love for God that totally consumes one’s heart, soul, mind, and strength. This global prayer and prophetic movement today represents nothing less than the restoration of raw, radical Christianity in this generation—Christianity as it is supposed to be!

What time is it? It is time to arise and shine!

With Fire in My Bones! 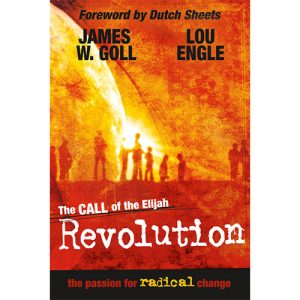 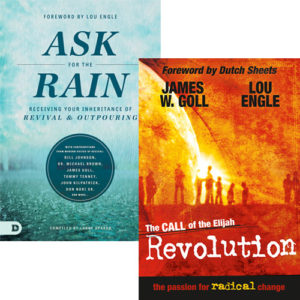 Portions of this article are inspired from the co-authored book, The Call to the Elijah Revolution by Lou Engle and James Goll. It can be purchased individually, or Save $7 when you buy the Revival Bundle, which also includes the Ask for the Rain: Receiving Your Inheritance of Revival & Outpouring book by James Goll, Bill Johnson & others.