Thriving in a Time of Transition

Thriving in a Time of Transition

We are in a time of an enormous transition in society at large with many cities and nations being weighed in the balance. This level of turmoil on an international scale reflects the condition of the body of Christ. It is a time of upheaval and contention, which ultimately results in change. I believe there are 10 key prophetic principles that will help you not just survive, but thrive in times of transition.

We are at a crossroads of change. This is true politically in the Middle East, the Korean Peninsula, the U. S., Russia, China, Cuba, Venezuela, and many other nations. Every continent is being shaken in one way or another.

Issues such as global economics, the very moral foundation of this generation, uncivil wars, polarization, concerns of social justice and health care reform are in a time of convulsive shaking. The intense battle over the selection of a Supreme Court Justice of the United States is critical indeed. During this time, the Body of Christ needs to be a pillar of prayer releasing prophetic solutionists to bring hope during times when everything that can be shaken is being shaken. We truly need grace for this transition!

Are we going from one era of history into another? How big is this transition? As someone who has had a love for history and been a participant in multiple waves or movements of the Holy Spirit throughout my life, I am often asked, “What are the requirements to go from one stage to the next?” We must also consider this question: “To go through an open door, are there old doors we must close first?”

So let’s look together at some critical principles that will help you succeed in these times of transition.

We are in a process of change. The government of the church is changing. The level of our authority is changing. Gifts are being drawn out of us in stretching dimensions. Many in the body of Christ are going through places of testing and confinement which I would call a narrow place. 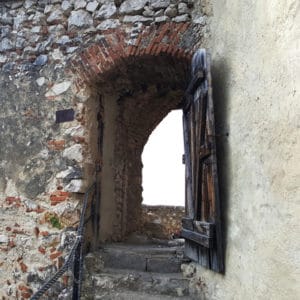 What is this “narrow place?” It is a place less wide than that to which we have expected or are accustomed. If we respond properly to the “narrow or confined place” we will enter into a phase of “transition” to be brought into a “larger place” in the Spirit.

Transition is like the camel going through the eye of the needle—it was a narrow gate. The only way the camel could get through was to be unloaded. This is the needle—the narrow gate. The weights of the past must be unloaded and we must enter a place of fresh commitment to the cross where we die to self all over again. The “narrow place” can lead us out of captivity into a new open field.

Another way to express it is that we are going from an “old wineskin to a new wineskin.” As the “new wine” is poured we must develop flexible new wineskins to contain the increase. Old structures will be tested in these times as the next wave of the Holy Spirit emerges. But will theses wineskins in both society and the church be able to handle all this change? How can we succeed in making this degree of transition as nations, people groups, cities and the church?

How Can You Succeed in Transition?

Transition means passing from one condition into another. Transition times are when the Lord redefines and adjusts the rules in a way necessary for us to move forward. He gives us new focus and direction. He teaches us about Himself in a new way.

In a literary sense, a transition is the phrase that connects a previous sentence or paragraph with a future thought. In times of change, we must seek the Lord for both revelation and the ways of God. His revelatory perspective bridges the past season with the new one. Without clear revelation and communication during transition, we can lose the strength and wisdom of our past victory. We desperately need His strength to go from glory to glory and from change to change.

During a birth, transition is the most difficult time. It is the time when a mother feels, “I can not go any further!” Only the vision of the child to come causes the endurance and perseverance to press through to the ultimate goal of a lineage and legacy being secured.

Most often, dealing with the new thing coming isn’t what is difficult, it’s the transition from the old state of affairs to the new one. How we respond during times of transition prior to the new birth makes all the difference. As you travail in these seasons, ask the Lord to give you strategy to protect your vision. Remember, the dragon attempts to steal any new birth. Press forward! Cry out for greater grace to be granted to keep you moving forward.

When these changes manifest, enlargement occurs. To “enlarge” is to expand, to set free, to become greater in size and intensity. Enlargement—or going through the new door or new season—is a process, not just a proclamation. Press through the narrow place, embrace the transition and receive enlargement.

10 Prophetic Principles within the Process of Change

These thoughts on transition and change are not just theory to me. I have been tested over and over again. Many of you know the hardships I have personally faced over the past decade (and am still facing). Deep within my heart, I knew that the very foundation of this 32 year-old ministry (originally named Ministry to the Nations, which became Encounters Network, and now is God Encounters Ministries) was going to be shaken at its core.

I had to be willing to lay it all on the Lord’s altar and dismantle what took me decades to build. This summer at 66 years old, I have been in another crucible. I felt a little like Abraham, taking my Isaac to the Mountain. The only instrument of worship I possessed was a knife with which to potentially sacrifice my Isaac. But then the Lord!

Has everything changed? Not on the surface. I know this—I pushed the button called “trust in the Lord.” If we, as a ministry, were to pass through this pressure-filled transition, then we would need the Holy Spirit to invigorate us and allow me to build once again instead of dismantling. This amazing God we serve brings beauty out of ashes. 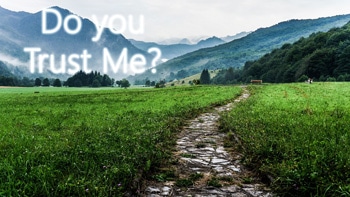 During my protracted transition, I have actually had very little personal direction. Only one phrase continually stuck with me, “Do you trust Me?” I would answer, “Yes, I do trust You, Lord!” I decided whether the ministry lived or died was not the primary issue. The Lord wanted all of me all over again. No matter what! What if I never traveled to the nations again? What if I never wrote another book or what if I fell off the radar of the conference circuit? Would I trust Him? The bottom line was—my answer is Yes! What is your answer?

The following are Ten Prophetic Principles within the process of change that have helped guide me through yet another perilous time of transition.

The Key: Embrace the Process

My prayer is that if you are experiencing a “narrow place of confinement” or you sense you are in transition, be assured—He is about to visit you with a fresh demonstration of His Spirit. Here is the key to make it through these tumultuous times: embrace the process! Embrace the change as something good—not as a punishment.

Let fresh faith arise. May you be renewed! May your resources increase and may you see that your trials will become stepping stones to renewed power and vision.

And know this—when you have come through the new door there are others watching your pilgrimage. When you are strengthened, you will carry a larger capacity to turn and strengthen others in Jesus’ glorious name!

Be Strengthened to Thrive in a Time of Transition!