The Dark spirit of antisemitism—or what may be called “the spirit of Haman,” named after the man in the Book of Esther who plotted to exterminate the Jewish people in the days of King Artaxerxes—is on the move across the world today. 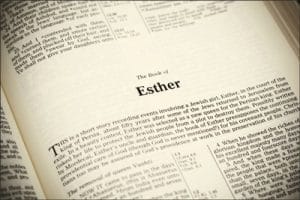 We Christians have a dangerous tendency to consider biblical narratives such as the story of Esther, Mordecai and Haman as myths or children’s stories. On the contrary, these stories are real and instructive to us today. The Bible declares, “All Scripture is inspired by God and beneficial for teaching for rebuke, for correction, for training in righteousness” (2 Timothy 3:16). The fact is the ancient spirit of genocide yields only to the power of God, which can be released only by a people who, like Esther’s cousin Mordecai, pray and fast and even put themselves at personal risk, as Esther did.

Today I am convinced that we are destined to relive the book of Esther in this generation. Her older cousin, Mordecai, warned her about Haman’s plot against the Jewish exiles (see Esther 3-4). Let’s take a deeper look at the call of God on Mordecai. What was his God-given task, his divine assignment?

Mordecai’s job was to prepare Queen Esther for her hour of influence before the king. He had raised Esther as his own daughter. He did not bow down or pay homage to Haman, a scheming man of influence in the kingdom, but worshiped only the one true God. When he learned of Haman’s scheme to annihilate the Jews, he revealed it with wisdom to the queen, whose Jewish identity was known to only him.

He walked in prophetic counsel and instilled courage in Esther. Esther, properly tutored and mentored by her cousin’s counsel, seized the moment through prayer and fasting. Alongside Mordecai, Esther entered into an urgent act of crisis intervention: a three-day fast from all food and drink of any kind. Then Esther launched an appeal to the king—who could have had her executed, since he had not summoned her—for the deliverance of her fellow Jews from their sworn enemy. Esther was anointed to intervene and stand in the gap, yet she had to walk in cooperation with the preparation of Mordecai, the spiritual authority God had placed in her life. Her intervention would not succeed unless she had first cooperated.

If there had been no Mordecai, then there would have been no Esther, then all the Jews in the empire would have been annihilated! Now is the time for the modern-day Mordecai’s to rise up and for the modern-day Esther to be prepared. We must catch the Mordecai anointing and be people who prepare corporate Esther, the Church, for this critical time We need to call forth the same anointing for crisis intervention that was upon Rees Howells at Swansea Bible College during World War II

Together we can make history before the throne of God through the power of effective intercession.

For Such a Time as This,