Prophetic Wisdom Lessons: What To Do & What NOT To Do

Home>Recent Articles>Prophetic Wisdom Lessons: What To Do & What NOT To Do
Previous Next

Prophetic Wisdom Lessons: What To Do & What NOT To Do

Wisdom is invaluable for any believer and all the more when exercising your prophetic gift. We need all the wisdom we can get, particularly when we are handling words of revelation in these perilous and controversial days.

The following prophetic wisdom lessons from my years in prophetic ministry will help you discern what to do & what NOT to do as you grow in your prophetic gift.

Prophetic Wisdom Lessons—What Not to Do

Through my many years of active ministry, I have learned a few things. As a prophetic person who is wired to be extra-sensitive, there are certain hard-learned lessons I continue to keep in mind. Here are four wisdom lessons that have kept me from floundering in the prophetic; essentially, these are things to avoid.

1. Do not let your “calling become more important than love.” 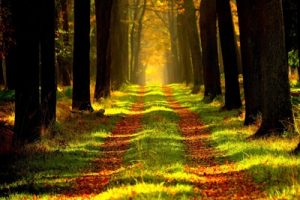 Prophetic revelation can be a pretty heady thing. It can be too easy to misplace your identity by putting it in your gift and calling. We must always take to heart these words of Paul: “Let love be your highest goal! But you should also desire the special abilities the Spirit gives—especially the ability to prophesy” (1 Corinthians 14:1, NLT).

There was a time in my life when I was so enamored with anything prophetic that I only paid attention to the last part of that verse. Somehow the “love” exhortation was blocked from my field of vision. This was not the case for one of my best mentors, Mahesh Chavda, whose first book was titled, Only Love Can Make a Miracle. Nor was it the case for the seer prophet Bob Jones. In a near death encounter, Bob was commissioned to challenge the prophetic community with a piercing word, “Did you learn to love?”

2. Do not “disclose Noah’s nakedness.”

Do not be too startled by that statement. What I mean is this. In the story from Genesis 9, Noah was lying drunk and naked inside his tent. One of his sons saw him naked and informed the other two sons. Those two sons were wiser than the first one; they walked backward with a garment between them to cover the shame of their father’s nakedness, without looking at him as they did so.

Here is how that applies to us. God sometimes reveals to prophets shameful things about other people. These revelations would bring those people into disrepute if they were released at large in a wrong manner. In situations like these, a prophet needs to learn the wisdom of holding his or her tongue. It is far better to preserve a sinner’s honor than it is to bring them into shame and disgrace. God can still convict the sinner and He can still do His work of restoration, even if nothing has been said in public. “Walk backward” by privately disclosing the word to the person it applies to.

3. Do not catapult yourself beyond the limits of your sphere. 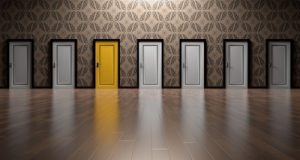 The apostle Paul sagely offered this advice to the Corinthian Christians. He told them (and us) not to boast of authority that we do not possess (see 2 Corinthians 10:13-16). This is often referred to as your “sphere of rule” or your metron. I found out about this reality from personal experience. I definitely do not function in the same level of revelation or with the same level of authority everywhere I go. Over time I have learned to discern which places I am called to build or bless and which places I am not. I cannot improve my effectiveness in the places I am not called to affect.

Once years ago when I became deeply involved in a major international prophetic controversy, I needed to learn wisdom regarding what He had assigned to me within my sphere of grace and what lay outside of it. I could see that difficulties were brewing and I had a pretty good level of discernment about what to do. Twice I helped bring two leadership teams together and both times I helped to broker an apparent peace. Things were calm for a while, but then they all fell apart. Even my personal call to be a Kingdom peacemaker and bridge-builder/ reconciler was not all that was needed. Revelation and authority are not the same. Without wisdom one can overstep their sphere of authority. Take it from me, this is a lesson you do not want to learn firsthand.

4. Do not be confused concerning your sensitive nature.

This one may not apply to everyone, but it is certainly one of the wisdom lessons I had to learn. Every prophetic person is wired differently. In my case, God, life, family, and calling have shaped me to be extra-sensitive. I have had to learn the wisdom of ways of handling my sensitivity without cursing my gift or wishing I had been wired otherwise. At times the enemy has sown confusion in my mind and conflict in my emotions. I have had to learn how to sort out these inputs and how to consider my makeup a blessing so that I can continue to be a blessing to others.

For example, a sensitive prophet may feel that something is more urgent than it really is. Speaking out or acting too soon may create problems that would not have occurred if the prophetic person had waited for God’s timing for a message and instructions about its method of delivery. “The spirits of prophets are subject to prophets” (1 Corinthians 14:32), so it is always possible to hold back even strong emotional, prophetic reactions and move instead with appropriate wisdom responses.

Prophetic Wisdom Lessons—What to Do

I do not want to make it seem as though the greater part of wisdom consists of cautionary warnings. Here are four essential keys you will want to act on to continue growing in your prophetic gift:

1. Cultivate a culture of honor.

Romans 12:10 reminds us: “Be devoted to one another in brotherly love; give preference to one another in honor.” Another way of saying the same thing is “cultivate a culture of honor.” We are called to respect the authority and gifts of others in the Church and to refrain from antagonism and negative, critical speech.

It troubles me the way so many prophetic people just do not like the Church. Whether that comes from their history of rejection or something else, it moves them into a critical, antagonistic spirit. They do not seem to realize that their behavior aligns them with the accuser of the brethren. Look at Jesus—He lay down His life for the Church, and He wants us to do the same. The greatest person in our midst is, like Jesus, the servant of all. I want to be one of those servant-of-all people, don’t you?

2. Cultivate a relationship with the written and the Living Word. 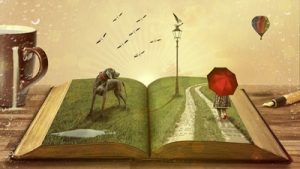 I like to repeat this phrase, which is loaded with wisdom: “Be more impressed with the Word going into you than the word coming out of you.” Study to show yourself approved as a workman for God (see 2 Timothy 2:15).

Read the Word daily. Listen to it. Memorize it. Speak it out loud. Sing it. Never let a gift of God displace your personal relationship with the Living Word (the person of Jesus) and the living written Word (the Scriptures).

3. Cultivate an awareness of the fact that we are better together.

We need each other; two are better than one (see Ecclesiastes 4:9-12). One can chase a thousand to flight, but two can chase ten thousand (see Deuteronomy 32:30). Prophets cannot stand solo. They need pastors and apostles. They need administrators and encouragers. This comes home to us most clearly when we lose someone we have come to rely on, either to death or because they had to move away. They leave a big hole! Isaiah reminds us that “the new wine is found in the cluster” (Isaiah 65:8) not just in one single grape!

Have you ever been a part of a movement of the Holy Spirit? Did excesses occur? Did they put you off, and put others off? Such things tend to happen, and too many people become overly cautious and self-protective as a result. They end up sitting out the moves of the Spirit, even becoming judgmental and critical. When the next wave of the Spirit comes along, they take a guarded “wait and see” attitude, and they miss a lot as a result.

So I say—be adventurous! Catch, survive and thrive in every wave of the Spirit. Take some risks, in faith. The prophetic life is about taking new territory for the Kingdom. Sure, it can get messy. But that is what you signed up for, whether you knew it or not. Keep a clean slate by forgiving the past missteps of others and start afresh, gaining more wisdom lessons as you move forward. You might even find out that it can be a lot of fun!

An Invitation into the Wisdom Ways of God

If you are called to have a prophetic ministry on any level, you will need to grow in the spirit of wisdom, to increase in wisdom as Jesus did. His heavenly wisdom is available to you simply for the asking. Start asking in faith now. I can assure you that you are in very good company as you step out and pray.

As you apply these eight prophetic lessons, they will help you grow in becoming a carrier of God’s wisdom ways! 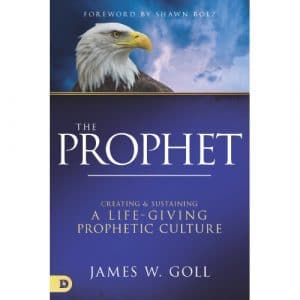 If you want to learn more critical prophetic wisdom lessons, including what to do and what NOT to do to grow in your prophetic gift, then you’ll love James Goll’s NEW book The Prophet! When you purchase the book you will also receive 12 bonus video devotionals by James W. Goll that correspond with each chapter. Order your copy today and start cultivating a life-giving prophetic culture in your family, church, city and nation!