The Prophetic 2.0: Coming Changes in the Global Prophetic Movement

The Prophetic 2.0: Coming Changes in the Global Prophetic Movement

Over the past century, the Holy Spirit has been poured out in movements like Azusa Street, the 1920’s Signs and Wonders, in 1948 the Latter Rain Movement, and in 1967 the global Charismatic Renewal overlapping with the Jesus People Movement.  Let’s also consider the Argentine Revival, Chinese House Church Explosion and the Third Wave Movement in the 1980’s and beyond.  We can also add in the historic outpourings of the Holy Spirit in the Toronto Blessing, Brownsville Revival, and so others.

Now, God Is Pouring Out The Prophetic 2.0

On the Day of Atonement in 2014, the Lord audibly spoke to me and said, “The seeds that the seers and prophets sowed a generation ago have now come into maturation and fruition. Therefore, I will release again the gift of a detailed word of knowledge creating an atmosphere of awe, wonder and the fear of the Lord.”

Did you catch that? The Lord wants to create an atmosphere of awe, wonder and fear of the Lord through the release of an increase in the Gifts of the Holy Spirit demonstrated in new levels. The Body of Christ must learn to cooperate together and stop promoting the political spirit and its control structures. This sounds like a perfect recipe for a Great Harvest!

The church is now ready for upgrades in the prophetic gifts. Things that were in their infancy stages years ago will now be taken to the next level. It time for the Prophetic 2.0!

Key Scriptures for The Prophetic 2.0

A Brief History of the Modern Prophetic Movement

Signs, wonders and revelatory activity as recorded in Acts 2 mark the birthday of the church under the New Covenant. “When the day of Pentecost had fully come…” there were manifestations of wind, fire, gifts of the Holy Spirit, conviction and conversion following the preaching of Good News. The prophetic promises as recorded in the book of Joel were having their initial fulfillment. But it is time for the Greater Works to come forth.

Throughout church history, there have been ebbs and flows of Holy Spirit activity, revivals and awakenings. The following is a brief glance at the history of expressions of the modern Prophetic Movement over the past 120 years.

Earlier prophetic movements focused primarily on the following expressions of the prophetic gift and ministry.

Changes Within the Last Generation

Many changes have occurred in our understanding and applications concerning the revelatory gifts over the last generation.

A Template for the Future 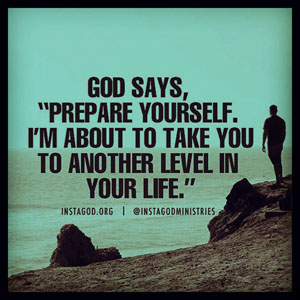 Much change has already taken place. But where are we headed? What does this coming church quake look like? What are some of the characteristics of the Prophetic 2.0?

We shift from a culture of protectionism into a true second apostolic age of the church where believers become empowered by the Holy Spirit and are “sent ones”. It is no longer only about a few highly gifted leaders, but it is now about sending forth a loving army of God walking in the character of Christ, demonstrating signs and wonders to fulfill the Great Commission.

A Time when Revelation 5:6 Becomes a Guiding Passage
“Then I saw a Lamb, looking as if it has been slain, standing in the center of the throne, encircled by the four living creatures and the elders. He has seven horns and seven eyes, which are the seven Spirits of God sent out into all the earth.”

Prayer of Positioning for Ourselves for The Prophetic 2.0

Father, we are grateful for new beginnings and the period of time called the “restoration of all things” spoken by the holy prophets of old. We declare that we go from glory to glory in Christ Jesus. We are thankful for the opportunity as individuals, churches and ministries for the entire global prophetic movement to move into a broader, deeper and purer release of the prophetic. We declare it is time for The Prophetic 2.0 to come forth. May we grow in revelation, wisdom and application as we set our aim towards the end time great harvest to share the love of Jesus with the world. Amen and Amen!