How You Can Discern the Atmosphere of Heaven

How You Can Discern the Atmosphere of Heaven

With the help of the Holy Spirit, you can discern the atmosphere of heaven wherever you go.

Our goal as followers of Jesus is to have a relationship with the Father, just as Jesus has. Like Him, we want to “do what the Father is doing.”

But how on earth can you tell what Jesus and the Father are doing?

The Holy Spirit helps you discern what God is doing and will show you how to take part in it.

He will also help you discern the invisible interference that may surround you at times.

God has always made sure that His people had a way of discerning where He was going so that they might follow Him accurately. 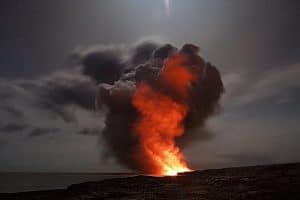 At the time of the exodus, He led the Israelites through the wilderness by sending physical signals in the form of “pillars” of cloud or fire: “The Lord guided them by a pillar of cloud during the daytime and by a pillar of fire at night. So they could travel either by day or night” (Exodus 13:21 tlb).

Throughout the Old Testament, God guided His people both individually and corporately.

When Jesus was born in Bethlehem, the unsuspecting shepherds were startled when “an angel of the Lord suddenly stood before them, and the glory of the Lord shone around them” (Luke 2:9).

Then the angel told them about the holy birth in the nearby town so they would go to investigate and later testify about what they had seen that night.

After His resurrection, Jesus sent His Holy Spirit to His disciples, having told them, “The fact of the matter is that it is best for you that I go away, for if I don’t, the Comforter won’t come. If I do, he will—for I will send him to you” (John 16:7 tlb).

Having the Comforter (the Holy Spirit) dwelling inside them made it possible for believers to “live in the light” all the time and to be alert to encroaching darkness so they could dispel it in Jesus’s name.

Paul wrote to the church in Ephesus, which was surrounded with much darkness in the form of pagan worship and sinful living: “For you were once darkness, but now you are light in the Lord. Live as children of light (for the fruit of the light consists in all goodness, righteousness and truth) and find out what pleases the Lord” (Ephesians 5:8–10 niv).

Practically speaking, how can you “find out what pleases the Lord” so that you can follow Him more closely?

How can you follow closely enough to “live as a child of light”?

Asking yourself these four simple questions may help you feel your way through the discernment process:

Of course, you will almost never get the answer to the first two questions in the form of an audible word from heaven, but you should begin to be able to discern what God is doing—and whether you are supposed to participate in some way—by answering the other two questions.

The third question (“Is there an atmosphere of faith and expectation?”) brings us into the meat of learning to discern spiritual atmospheres—how can you distinguish one “atmosphere” from another?

How can you tell the difference between, for example, “getting up on the wrong side of the bed” and sensing an unpleasant, evil influence in your environment?

How can you determine the origin of an atmosphere that seems to be filled with expectation? Is it from human hype or the Holy Spirit?

All heavenly encounters bring with them the supercharged atmosphere of heaven.

You can’t help but be awed by a sense of God’s holiness, as new faith surges up from within.

In the Feeler realm, we can discern external spiritual atmospheres, and I believe that various forms of “God encounters” will be on the increase in the lives of ordinary believers as the last days approach. 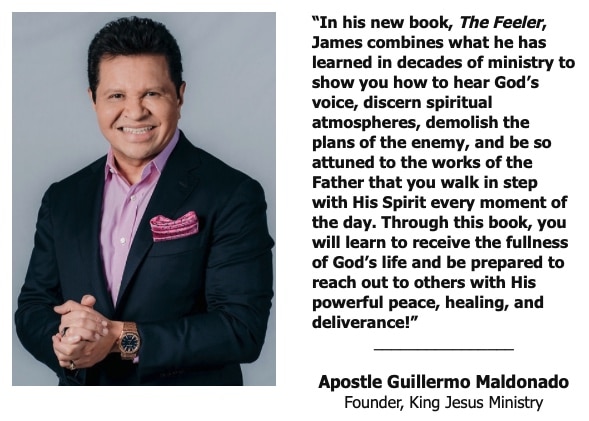 Rest Around the Ark

Would you like a key to shifting the atmosphere in your home?

Do you need some help discerning the predominant spirit at work in your region?

I have a key for you from the life of a child—the life of the boy Samuel: it is to rest near the ark of God’s covenantal presence.

Samuel had been dedicated to the Lord as a baby and was growing up in the temple. I am sure he had his own bedroom, but we find him resting around the ark of the covenant.

While he was resting there, the Spirit of God called out to him three times, and each time he thought it must be the old priest Eli summoning him. Then, after the fourth time, he got up and said, “Speak, for Your servant is listening” (1 Samuel 3:10).

At that point, Samuel had entered into the atmosphere of the Lord’s presence.

God’s voice was amplified, and secrets began to be shared with the servant of the Lord. (You can read the whole story in 1 Samuel 3:1–19.)

The key? Rest around the ark of God.

The key? God speaks where He dwells.

Want to hear His voice? Then be in His presence!

Want to discern and shift atmospheres? Learn the atmosphere of heaven!

Let’s not just talk about it. Come with me into His presence right now! Let’s start by praying once again.

Prayer of a Passionate Heart

Heavenly Father, I come to You in the majestic name of the Lord Jesus Christ. I want to be a doorkeeper in the house of the Lord and discern Your every motion. Teach me to discern the true from the false, the holy from the profane, the genuine from the deceptive, and the angelic from the demonic. I pray to see open heavens over my days and to usher in open heavens for others; I volunteer to be Your fire-carrier. Letting my faith rise up, I declare that a new breed of discerners is emerging, and I’m part of it by stepping forward. I want to bring breakthrough wherever I go. Greater are You in me than he who is in the world, dear Lord! Amen.

Living in the Atmosphere of Heaven!

This article was adapted from Chapter 10: “Discerning Atmospheres” in The Feeler book by James W. Goll.

If you want to discern the atmosphere of heaven everywhere you go, you will love James Goll’s book The Feeler. When you order the book, you will also receive 12 bonus devotionals from James W. Goll that correspond with each chapter! Order your copy and learn to live centered in the Presence of God!