One of the first great intercessors in the Bible was Abraham, and his most famous intercessory prayer was for one of the most sinful places in the ancient world! Sodom and Gomorrah have become synonymous with sin, sexual debauchery, and sodomy, yet the great Patriarch of Israel, the “father of faith,” interceded passionately that those twin cities of sin be spared! I believe it was this kind of compassion that led God to say, “Shall I hide from Abraham what I am about to do?” (Genesis 18:17 NASB)

Following in the Footsteps of Abraham

When God told Abraham that He planned to destroy Sodom and Gomorrah, the patriarch asked God if He planned to destroy the righteous people along with the wicked. Abraham then made the counterproposal, “Will You indeed sweep away the righteous with the wicked? Suppose there are fifty righteous within the city; will You indeed sweep it away and not spare the place for the sake of the fifty righteous who are in it?” (Genesis 18:23b-24 NASB) When God agrees to relent if 50 righteous people were found, Abraham persisted to drive the numbers lower, knowing only Lot and his family could possibly qualify. The patriarch whittled the number down to 20, and in verse 32 he reached a pivotal place that is important for us to see. Abraham said, “Oh may the Lord not be angry, and I shall speak only this once; suppose ten are found there?” (Genesis 18:32 NASB) 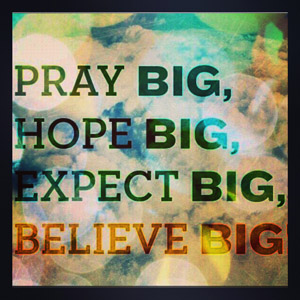 God agrees to Abraham’s request, but this passage causes us to wonder, what if Abraham hadn’t stopped at ten? God definitely showed no signs of being angry with Abraham over his persistent intercession and pleading on behalf of Sodom and Gomorrah. In fact, I believe God liked it. I have a hunch that Abraham could have gone even lower. (But then again I wasn’t there and I certainly don’t have all the facts at hand.) However, this incident illustrates one of the fundamental laws governing the relationship between God and man: God Quits when Man Quits.

What did you say, James? Yes, God Quits when Man Quits! Sounds like a bunch of works with no grace involved – some people might think. No, God loves a good fight and He calls us to be enforcers of Christ’s triumph on the Cross. We are Kingdom Enforcers! We are called to be His tenacious bulldogs in the Holy Spirit and we are invited as co-laborers to lay hold of the promises of God for our generation and not let go until. Until What? Until the fullness of His Kingdom comes on earth as it is in Heaven!

History making intercessors just flat out never give up. They continue until! I love it… So will you. I am known for the prophetic, as a historian and teacher, but my highest place in God is as a Holy Ghost Barterer. Yours can be also!

I have taught the following four clear points for years around the globe. But you must bring all of these scriptural examples together to see our full role as History Makers. These four biblical definitions of an intercessor paint a succinct picture of our amazing calling as effective prayer warriors. So hold on – you’ve gotta get the whole picture – not just a one-frame shot. So let’s gain some greater insight by clearer definition.

An Effective Intercessor Is One Who:

1. Reminds the Lord of Promises and Appointments Not Yet Met and Fulfilled

“On your walls, O Jerusalem, I have appointed watchmen; All day and all night they will never keep silent. You who remind the Lord, take no rest for yourselves; and give Him no rest until He establishes and makes Jerusalem a praise in the earth.” (Isaiah 62:6-7 NASB)

2. Takes Up the Case of Justice before God on Behalf of Another

3. Builds Up the Wall of Protection Against the Demonic Forces in Critical Times of Battle

“O Israel, your prophets have been like foxes among ruins. You have not gone up into the breaches, nor did you build the wall around the house of Israel to stand in the battle on the day of the Lord.” (Ezekiel 13:4-5 NASB)

4. Stands in the Gap between God’s Righteous Judgment, which is Due, and the Need for Mercy on the People’s Behalf 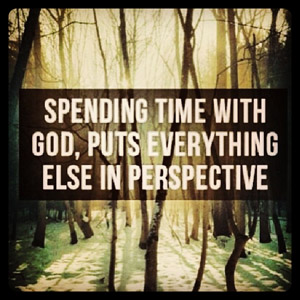 “And I searched for a man among them who should build up the wall and stand in the gap before Me for the land, that I should not destroy it; but I found no one. Thus I have poured out My indignation on them; I have consumed them with the fire of My wrath; their way I have brought upon their heads,” declares the Lord God.” (Ezekiel 22:30-31 NASB)

Bringing all four of these definitions together we see the following: An intercessor is one who relentlessly reminds the Lord of His prophetic promises while identifying the needs for justice in our generation. We do spiritual warfare against the powers of darkness in the mighty name of Jesus while lifting a cry for mercy upon our spheres of delegated rule for Christ’s name sake!

Whew! That is history making intercession for sure. Makes me want to sign up all over again. How about you?!

How Do We Respond to His Promises?

History making intercessors deal with two kinds of promises: 1. the promises recorded in the Word of God which are yet to be fulfilled or are ongoing promises available to every believer by faith; and 2. the prophetic, revelatory promises given to us in our day through the voice of God and the gifts of the Holy Spirit which are true, but also are yet to be fulfilled (see 1 Tim. 1:18-19). We must contend for the promises!

God tells us in the Book of Jeremiah that He is watching over His Word to perform it (see Jer. 1:12). That means the most valid and effective way to present our case before God is to rehearse and respectfully remind Him of His unchanging Word. When we rehearse a promise from our faithful God, He requires Himself to watch over that Word to perform it. But this entreaty only can be done with the purest of motives from hearts that are clean before God. Even then, we are only authorized to “argue” or present our case for those things and petitions which: 1. Are in accordance with God’s will; 2. Extend His Kingdom; and 3. Glorify His name.

Christians who believe in the current-day operation of the gifts of the Spirit need to make sure their arsenal includes the foundational evangelical truths: the integrity of the Scriptures as the inspired, infallible Word of God and the final authority in salvation, doctrine, conduct, reproof and correction. Many evangelicals, on the other hand, need to add the fervor, faith and power of the present-day ministry of the Holy Spirit and His gifts. 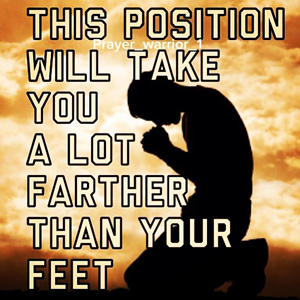 So let’s kneel on the promises both written and revelatory and birth them from the revelatory, spiritual realm into the natural, earthly realm. “Your Kingdom Come! Your Will be Done! On Earth as it is in Heaven!”

Impose the heavenly rule of Christ Jesus in a time space world. Stretch forth your rod of authority and reign. Are we waiting on Him or is He waiting on Us?

A Watchman on the Walls!