A question I am often asked goes something like this, “Why does God need our prayers anyway?” Have you ever wondered why God seems so intent on having us pray for every single thing? Is He not sovereign and merciful and willing to take care of everything, whether or not his people ask Him each time?

Let’s develop this a little bit. In His goodness, He wants you to come closer to Him. The most straightforward way to do that is through our simple, confident praying. Like trusting children, we come to Papa. He supplies what we need in exactly the right measure. When we point to some other person’s need and say, “Papa, look over there. Would you help him/her/them, too?” He is quick to respond. Why? This is more than just a Q & A session. Prayer is an invitation straight from Papa God’s heart to ours to come into a greater intimacy with Him. 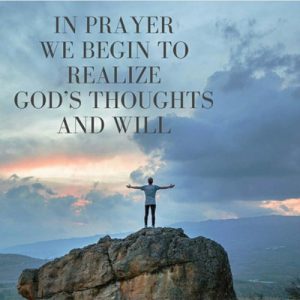 He likes it when we say, as His disciples did, “Lord, teach us to pray” (Luke 11:1). That happens to be a great prayer, because it is a sincere request about a very real need and it comes from a humble, childlike heart. I recommend that you do the same!

Children do not need an advanced degree in theology in order to feel confident about approaching their parents with questions or requests. Our petitions and prayers are not supposed to be part of a complex tool kit for Christian living. We should not need a detailed manual to know how to pray effectively. Our prayers are part of our daily conversation with our Father in heaven. We ask Him for things, and we also express our gratitude for what He has done in response to our honest, childlike requests. Jesus did not make it complicated. Here is what He said:

Our prayers should be simple—there is no need to instruct the Father. This lack of complexity should be just as true for our minor personal requests as for sweeping global needs. In both cases, we are echoing the prayer of Jesus, “Your Kingdom come on earth as it is currently being manifested in heaven” (see Matthew 6:10). We do not need to tell Him how to handle everything. He is God; He knows already. We just need to present the needs to Him.

We also need to come to Him often. “Look, Father! This burden is too great for me [or for So-and-So]. I’m bringing it to you. Please show me how to pray for it. What is your heart toward this? Be my vision and give me revelation so that I can pray according to your will.” 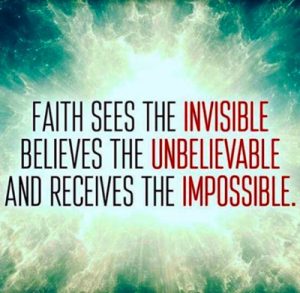 Recently, I was struggling with some very intense physical pain due to a failed disc surgery. The sciatic nerve pain was very intense and frankly I was getting fairly worn out by the entire ordeal. So I rolled over in bed and reminded God of His Word. I prayed something like, “I heard that Your grace is perfected in weakness. Well, right now, I feel pretty weak, so I am asking You to extend great grace to me because I qualify according to Your Word.” I honestly just cast my cares upon Him and then attempted to simply go to sleep.

That night I slept all night, which I had not done in days, and I woke up from comforting dreams in the morning. As the morning unfolded, I noticed that I was thinking clearly and was “bright.” I declared to God and myself, “I’m back!” Now I wish I had been totally healed, but I was strengthened, the brain fog lifted and I was ready for my next ministry assignment. God cares. He really does! And I am one step closer to my full healing!

We can present our needs—and the needs of others—to God with full confidence because He not only hears our prayers, He intends to answer them.

In the early 1950s, an American missionary named R. Edward Miller was working in a small city in Argentina. He had been laboring for years without results and he felt he had tried everything he knew how to do—except sustained, concerted intercession.

Without telling the people in his congregation, he began to pray eight hours a day, asking God for revival in his own life and in theirs, as well as in the wider community. All by himself, he prayed and prayed, adding fasting to his regimen because he was so determined to get results.

After at least six months of dogged daily prayer, the Lord spoke one word to the tired missionary: “Continue!”

He kept praying for several more months. This was a one-man prayer watch. 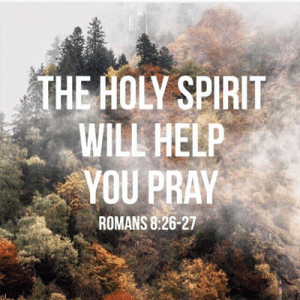 Eventually the Lord spoke again. This time He told Miller to announce nightly prayer meetings at the church from 8:00 p.m. to midnight, starting the following Monday evening. Miller objected. “Lord, are you sure? If I hold prayer meetings, the only ones who come will be the little old ladies. And all they will do is to sit and watch me pray.”

The Lord seemed to nod and say simply, “I know.”

Miller went ahead and announced a week of nightly prayer meetings. As he predicted, the only people from his congregation who showed up were three of the little old ladies. And, yes, all they did was sit silently and watch their pastor pray for four hours. At midnight, he asked if any of them had received a word from God. One of the women raised her hand and reported having had a strange desire to come up and knock on the wood table in the front of the sanctuary. That seemed too foolish to be a real word from God. They all went home for the night.

Next night, same thing. The same three ladies arrived, sat down, and did nothing but watch Miller pray his heart out for four hours. At the end of the evening, the same woman reported having the same sense about knocking on the wooden table. This was crazy. They adjourned for the night once again. The next two nights were exactly the same. The woman did not want to make a fool of herself, so she refused to knock on the table.

Miller wondered, What if obedience to this strange instruction would turn out to be the key to something big? The missionary tried to figure out a way to get the lady to at least try it out. It was the final night of the scheduled meetings. Again, only those three little old ladies came into the sanctuary to watch Miller pray. This time, when he found out that she had had the same impulse for the fifth night in a row, he said, “Sister, we’re all going to walk around the table and knock on it.” He figured that she couldn’t refuse to follow through if the rest of them were doing it.

He went first. He walked past the table and struck it with his hand. “Thunk.” The other two women did the same. “Clunk. Thunk.” Finally the third woman stepped up to the table and knocked her knuckles on it.

Suddenly, the Holy Spirit came. The four of them were overwhelmed with the glory of the presence of God. On the spot, the three women were baptized in the Spirit, and they began to worship God in languages they had not learned.

The news spread fast, and more people began to join them in nightly prayer times. After everyone in the congregation had been touched by God, the revival spread to the capital city of Buenos Aires where eventually thousands of people gathered in an outdoor stadium in 1954. The great Argentine revival of the early 1950s had begun—all because one man watched and prayed and followed through to the best of his ability.

I have had the joy of telling this infamous intercessory story around the world and encouraging believers everywhere, “All prayers counts. Just keeping on Knocking!”

You see; it is true. Simple, child-like prayers get big results!

Trusting God with the Big and the Little Things! 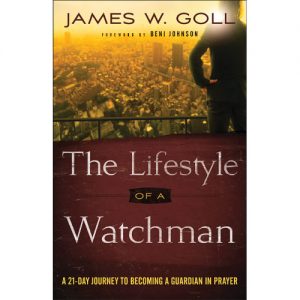 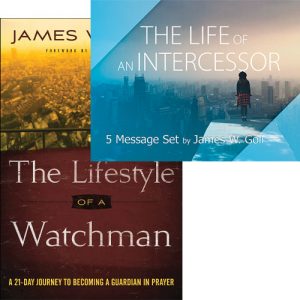 This material is taken in part from the “Reading for Day 4” in The Lifestyle of a Watchman book by James W. Goll. It is also available at a discount as part of the Watchman Bundle when paired with The Life of an Intercessor 5 Message Set.